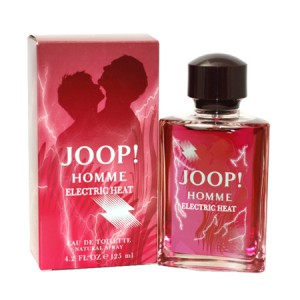 Joop! Homme Electric Heat 125ml. Eau De Toilette is a fragrance for men, belongs to the group of fragrances. Joop! Homme Electric Heat released in 2009. Top notes: Citrus; Heart notes: floral notes and saffron; base notes are leather and wood notes. From the 70s 80s, with only about '15, it was established the prestige as a fashion brand to represent the Germany JOOP!. There especially popular in the suit of tight design, Wolfgang Joop of founder popular unabated even after leaving the brand, we have followed now. Wolfgang himself, and launched a women's brand "Vander-Kind", it is tantalizingly the height of its potential. Here, from the general to such brand name recognition of perfume is high fragrance line, is a men's perfume was released in 2009. As Summer Limited Edition of three of the original perfume called jump, Go, Joop Homme, it is one installment in the "Electric Heat Collection" was released three installment at the same time. The original Michel Arumerakku has Incense tone, in Joop Homme in 1989, it is basically while incense tone based on the original Aromatic floral Woody, highlights the citrus and Frosty nuances, It has become an item of more summery finish. Bergamot, cinnamon, etc. Citron, from the top to stand smell the sharp, bitter citrus spicy, orange blossom, jasmine, honeysuckle, saffron, etc., while leaving the top aroma, elegant trout Curie is unity floral with avant to the middle to make highlight. Last sandalwood, vetiver, patchouli, amber, tonka beans, musk, vanilla, etc., an air of sweet and spacious, so do not appeal to romantic Manly Sen Sure Rithy mild. Produced by, Balenciaga, Chopard, suffers from a number of perfume line of leading brands such as Chloe "COTY PRESTIGE". Such as image from the sound of electric, rather than a vivid appearance, I think that it might be of considerably scent of exotic impression. It is likely to match the night time of the summer season, but the suits even autumn and winter. It also is a nice sexy bottle design.