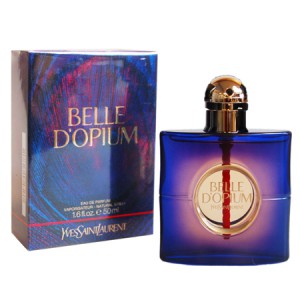 YSL Belle D'Opium 100ml. Eau De Parfum - Yves Saint Laurent has launched a new fragrance - Belle D'Opium , which is an improved version of the YSL Opium. Famous Opium was released in the year 177, and he embodied the exotic oriental fairy tale about a princess, magnificent palaces and distant countries. Perfume has turned incredibly successful, because even 30 years after the release of his buy and love. New as Belle D'Opium is a continuation of the story for modern women. Eau de Parfum creators such renowned perfumers Alberto Morillas and as Honorine Blanc, who worked on the new composition of more than four years. Belle D'Opium a lighter flavor than Opium, but in any case is not simple. The notes in his compositions became a mixture of white flowers (jasmine, lily), white pepper, mandarin orange, peach, incense and amber at the base. Belle D'Opium was given a new, sensual and charming sound. Therefore perfume fit most young girls.In 1977, Yves Saint Laurent presented a fascinating exotic tale that told of the distant eastern countries, magnificent palaces, beautiful princesses. After 33 years the famous Opium remains a welcome and needed. The French House made ​​continuation of the story of our generation. Authors Belle D'Opium became known perfumers Honorine Blanc and Alberto Morillas. In floral-oriental composition amber component plays the role of an elegant accessory and does not pretend to the first game as it was in the original flavor. Casablanca lily, gardenia, white pepper, sandalwood, jasmine and hookah doom - this will be a fashion accessory of modern young lady. According Honorine Blanc new composition is sustained in more light and fresh intonation, because it is the smell of youth.