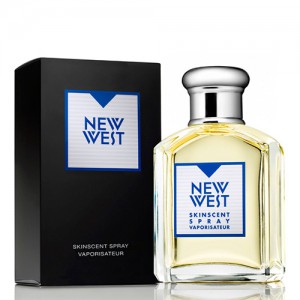 Aramis New West EDC 100 ml. - At one time, Aramis New West for Men fell in spirit to the Americans, but the Europeans abandoned its innovative nature. The production of this fragrance was stopped, although many collectors consider the creation of Aramis to be the first among fresh sea scents resembling the west coast of America, heated bodies under the rays of the scorching sun and surfing, calling to feel the sharpest emotions on the crest of a wave. Today, the renewed spirit of freedom from Aramis, again and again with those who pursue vivid emotions and adrenaline.

New West for men by Aramis is a trainy woody fragrance for men from the collection, which features a pair of women's fragrance. This perfume came out with the light in 1988 thanks to the well-known trading house Aramis. California open spaces served as inspiration for the authors who created this exciting, filled with passion and spirit of adventure, perfume. New West for men - fresh composition, built on the subtle nuances of cool herbs, ozone and marine notes, rare and precious natural ingredients. This fragrance will appeal to men with a dynamic, purposeful, bold spirit.