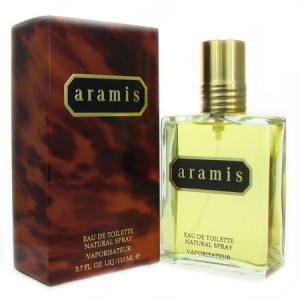 Aramis EDT 100ml. Classic perfume from the Aramis, who for many years can not get bored, and is becoming increasingly popular. Practice shows that he preferred a strong, confident men, usually with a stable outlook on life. Caressing aroma shelley long leaves and slightly warm recollection stirs. Aramis. Strong, warm, gentle and sweet scent - the embodiment of the ideal male in the woman's eyes. Well, what is common between the brand Aramis and the company Estee Lauder you ask? First, both of them were born in the US, and secondly, that Estey Lauder and her husband Joseph Lauder's idea to create a perfume under the Aramis brand, they successfully carried out in 1964. The first perfume sample the young company was experimental, and not attracted the attention of an audience spoiled. But the products, body care liked men, and three years later Aramis brand was known and loved far beyond the US. One of the trump cards of the company has become a corporate policy: the target audience Aramis - are men middle-aged and elderly, as a rule, deprived of attention from the cosmetics and perfume manufacturers. But already in 1973, Aramis brand revised his views, and let Aramis 900 scent, designed for young and energetic men. In the entire history of the Aramis brand has launched over twenty flavors, which were made by the creators of such well-known perfumers. But it was not without mystery, legend! Only T-C-C, quiet ... It is said that Aramis - this exotic and rare plant that grows only on the Turkish coast. It is a powerful aphrodisiac, and gives the perfume passionate, attractive and mysterious notes, to whom can not resist any woman, and what do you need a real man?