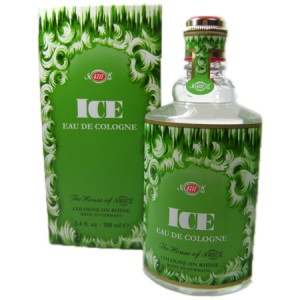 4711 Ice Eau De Cologne - 400ml. - Fruity scent for men. Fresh, juicy, delicious and invigorating. Top notes: pineapple, violet, privet and bergamot. Middle notes: plum, peach, mint and lily of the valley. Base notes of amber, cedar and white musk. Released in 2008. Suitable for spring and summer seasons. Next to the cathedral in Cologne, Germany, there is an eye-catching billboards 4711 Eau De Cologne, which is 4711 for the famous cosmetics group do cologne advertisements. Cologne, which the Chinese people are familiar with cologne COLOGNE. Cologne over 200 years of history, Cologne people are proud that although Paris is renowned perfume, cologne but was more ancient, is the originator of the world's perfume capital. The 4711 figure is also great background, is said to be swept Europe at the time of Napoleon, is here to stay for the house number, while still in use! In the Napoleonic era, when French soldiers stationed in Cologne back home, it is said to take 4711 gave his wife and lover. 4711 was launched in 2008 4711 Ice Cool Ice Cool neutral cologne, bring exciting flavor, mint fresh breath, people instantly cold. Light and subtle touch of aroma, low-key and subtle, will not attract attention until close to the time will find this charming atmosphere. Irritability hot summer night, 4711 Ice Cool neutral cologne is also a great perfume after bath, can help you calm down at bedtime.